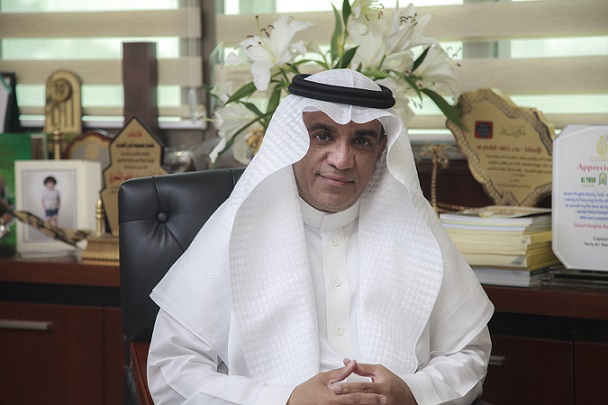 KAFALA Program for Financing Small and Medium Enterprises signed a new cooperation agreement with Al-Yusr Leasing and Finance Company to increase the scale of finance to support the SME sector and stimulate and develop the promising business sectors important economic drivers to achieve the objectives of the Kingdom’s Vision 2030.

The agreement was signed by KAFALA’s Director General Homam Hashim and Al-Yusr Leasing and Finance Company’s Chairman of the Board of Directors Abdul-Mohsen Abdul-Latif Al Issa, in the presence of CEO, Bader Al-Shammari.

This agreement has come as part of the expansion the services of KAFALA Program for Financing Small and Medium Enterprises to include non-bank financing companies following the signing of a cooperation agreement between KAFALA and the Small and Medium Enterprises General Authority (Monshaat), aimed to KAFALA’s accession to the Financing Portal and provision of financing services with banks and finance companies for small and medium enterprises.

On the sidelines of signing the agreement, Chairman of Al-Yusr Leasing and Finance Company, Abdul-Mohsen Abdul-Latif Al-Issa, stressed that the objectives and efforts of Al-Yusr Leasing and Finance Company will always be a major support for the programs, initiatives, plans and efforts of the official institutions working on developing and revitalizing the role of the private sector and its institutions and permanently working on stimulating and empowering its role to achieve the objectives of the Kingdom’s Vision 2030. He noted that this agreement is one of a myriad of efforts exerted by Al-Yusr in the context of supporting and stimulating the role of entrepreneurs and owners of small and medium enterprises as the most important drivers of the economic growth.

Al-Yusr Leasing and Finance Company contributes to the aspirations and plans of Monshaat to provide financing solutions to support small and medium enterprises. He pointed out that Al-Yusr Leasing and Finance Company aims, through its activity and agreements, to achieve its strategy and promote its products and special financing programs that comply with the Islamic Shari’a, which contribute together with the performance of the homeland’s institutions in support of the financial sector development program aimed at supporting the private sector to enable it to provide suitable employment opportunities for citizens of both sexes by supporting the owners of the promising small and medium enterprises, as well as supporting male and female entrepreneurs to invest in new industries, and helping them succeed.

The signing of the agreement, on the sidelines of initiatives, agreements, deals concluded and announcements launched by the government at the Financial Sector Conference held in Riyadh, has come under the patronage of the Custodian of the Two Holy Mosques, on April 24th-25th 2019, at the King Abdul Aziz International Conference Center, which was attended by over 4000 participants from eighty countries from around the world.