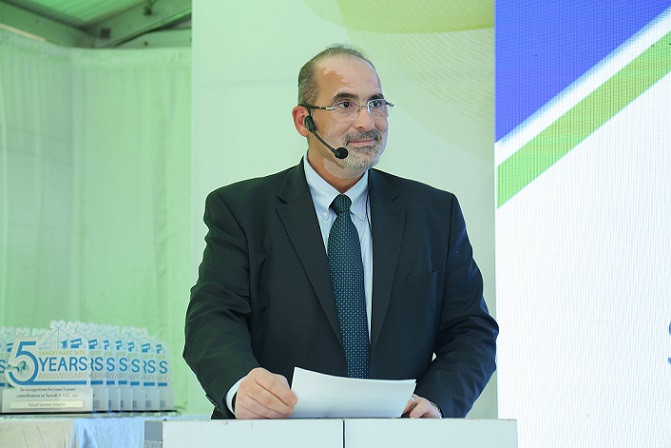 Sanofi Saudi Arabia, a global leader in health care, held a celebration marking the 5th anniversary of launching its pharmaceutical production plant in the Industrial Valley at King Abdullah Economic City in Jeddah, which was a successful move due to the competitive and supportive environment that suits the Kingdom’s business sector. The ceremony, which was held at the factory facility, was attended by Sanofi management, representing the parent company, in addition to Dr. Ahmed Serag, the General Manager of Sanofi Saudi Arabia and the CEO of King Abdullah Economic City.

In the opening statement of the 5 Year anniversary celebration, Dr. Ahmed Serag said: “Since the factory was launched five years ago where we started to produce medicines locally, Sanofi Factory will always be remembered as a success story that the company is proud of. The ambition and determination of Sanofi team steered the company to create a brilliant brand that loomed in the sky of pharmaceutical manufacturing and became a leader in the provision of reliable treatment solutions at the domestic level. During the five years since the factory was set up, the work team was laser focused on achieving excellence in services through a broad understanding of the Kingdom’s Vision 2030 that placed among its aims the promotion of pharmaceutical manufacturing in the Kingdom. The presence of the factory in King Abdullah Economic City is of particular importance, as it does not only target the Saudi market, but the entire Middle East region.” 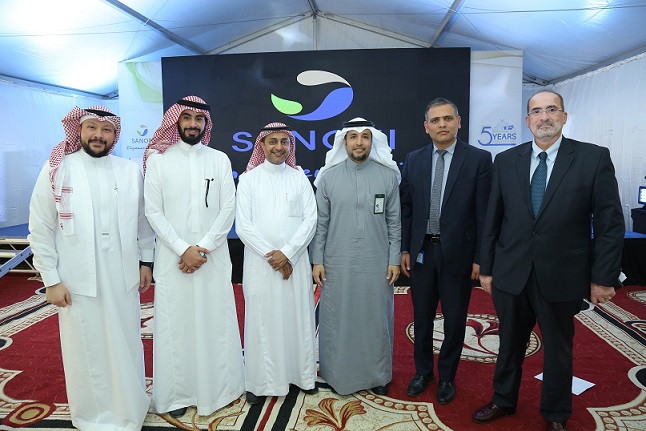 Recently Sanofi obtained the authorization from the Saudi Food and Drug Authority to manufacture the first drug that exclusively bears Sanofi’s name and trademark; a drug that is classified under the category of antibiotics and is used in the treatment of different groups of bacterial infections.

Through its drive to increase the ratio of Saudis within the total workforce in the factory, while applying regulations related to Saudization of jobs, Sanofi factory is keen to provide a great opportunity for the Saudi youth to qualify scientifically and practically. The factory covers a total area of ​​35 thousand square meters and was designed to produce locally up to 20 million packs of high-quality medicaments that meet the needs of the regional community. During the past 5 years of its life, the factory managed to produce 54 million units with 1423 operational units, which confirms the development that accompanied the factory’s journey since its inception and the part it plays in supporting the Saudi pharmaceutical renaissance. The factory’s products cover the treatment of diabetes, cardiovascular disease, pain, tumors, cholesterol, and nervous system management drugs, as well as anticoagulants, antibiotics, antihistamines and antacids.

Among the remarkable features of the ceremony, was the speech delivered by Dr. Ahmed Serag in which he reviewed the factory’s march since its beginnings, in addition to a promotional video presented to narrate the success story of the factory since its inauguration till today. The ceremony was permeated by entertainment activities, with a collection of prizes distributed to some of those who had clear imprints and active contributions during the march of the factory’s success, and those whose work was characterized by dedication that contributed to achieving the desired outcomes.