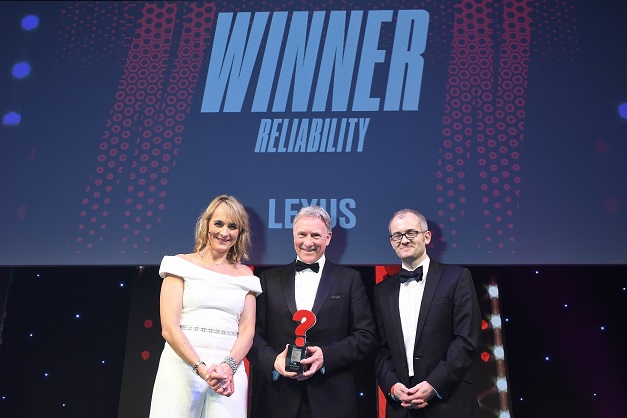 The world-famous lasting quality of Lexus cars has earned the company the 2020 What Car? Reliability Award in the UK. Its success is further, independent validation of the exceptional durability of the self-charging hybrid technology that now powers 96 per cent of the vehicles it sells in Western Europe.

The honors follow on from Lexus’s exceptional performance in the 2019 What Car? Reliability Survey, in which the brand was the highest-ranked manufacturer for the third year running and its CT 200h hybrid luxury hatchback recorded a 100 per cent fault-free performance across the previous 12 months.

What Car? Editor Steve Hunting ford acclaimed Lexus’s track record, saying: “Lexus managed a clean sweep of wins the latest What Car? Reliability Survey, claiming the top spot for cars aged up to five years old, with an almost perfect 99 per cent, and for those aged six to 15 years old. A score of 93.3 per cent in the latter category demonstrates just how well the Japanese luxury brand builds its cars and why it’s such a worthy winner of our 2020 Reliability Award.”

Ewan Shepherd, Director of Lexus in the UK, said: “We’re delighted to receive this award in recognition of the quality that’s built into every car we make. With record sales in Europe and the UK in 2019 and a strong ongoing order bank, we can see that that more and more people are choosing Lexus self-charging hybrids. Their experience is enriched by the level of customer service delivered by our network, which has no equal in the industry.”